The Competitive Edge – The Vehicle Matters

In my last post we talked about the hierarchy of the different components for winning.

As a quick recap, there are three parts.
The rules
The tools
The player

And in order, that’s the priority… however, at the highest levels… the value between tools and player switch back and forth.  But the tools have to be in place first.

Think about it.  If you understand the rules to a nascar race… and you’re a great driver.  Let’s say, you’re Kyle Busch.

Well, you’re not going to win the race a golf cart.

The same is true in business.  A mediocre business owner with incredible systems will often times out perform the most charismatic leader in a poor vehicle.

And unfortunately, this is one of the most easily looked over parts of business… it’s also the hardest…

Because for the average business owner, you are the driver.  It’s your job to have the basic skills to maneuver the vehicle (your business) as needed.

Unfortunately, it’s also your job to build that vehicle in real time.

Piece by piece.  Only adding the parts they need as they see the need.

But, imagine only deciding you need to add brakes after your first crash.

Or think about it like this…. if the average person had to build a car before they could get their drivers licenses, how many ridiculous cars would you see on the road?

If you don’t know what kind of engine goes in your car, all engines may seem the same.

And we see a lot of business owners who’s vehicles look like this. 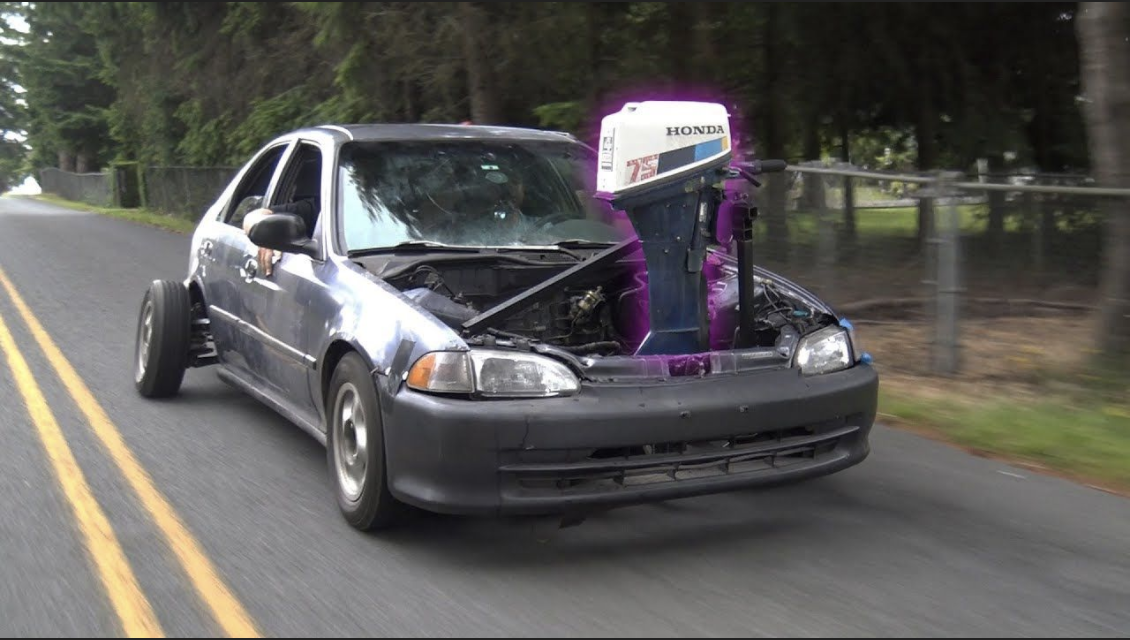 First, you had to choose the vehicle and throw the engine in there.

Only then were you able to hit the open road, proud of your success but completely unaware…

And don’t get me wrong, having a working vehicle is still better than walking.

But if you ever seriously want to compete, you’ll have to spend almost as much time fixing what you’ve done as you spent building it in the first place.

And here is the most important point of all.

All the time and energy that will have to be spent trying to fix that effort, assumes you have clarity on what’s required to even fix it.o be

And that’s why in business having the right tools are so paramount.

Nobody builds their own tennis racquet.

But for some reason, novice business owners often want to try and build it themselves…

When they’d be better served choosing a vehicle that already works, and instead investing the time in learning how to drive it.

Which will be the topic of my next email.

Being the best player.

P.S.  If this message resonated with you, you’re serious about starting a business and you’d like to start with the vehicle already developed and ready to go… click here.  Speak to my team and see if you’re a good fit.

4. Want to Learn a Specific Skill?  Check out our courses