So, in case you missed my last post (you can find it here)… here is the TLDR.  It rains really hard in Arizona sometimes, and the rains create literal rivers that only the locals know about.We got trapped on the wrong side of these rivers on a large piece of property and no way of getting across…So, there we were.  This second “Rain River” was significantly wider than the first, and I was pretty confident the jeep wasn’t going to make it.  This thing had waves. My twin brother, who’s a bit less cautious than me, decided to try and get across it himself (dude literally just climbed in)… and was almost immediately swept away.Looking back, that was dumb.  He could have died.  Luckily, when he fell in and the edge was up to his chest… he immediately turned around and grabbed the wall.So, we pretty much knew then that we were stuck.  So we turned around, and and started looking for another way… which, was pretty difficult. After driving around for a while, we actually came up on on 2 other people who were walking.  My brother without hesitating asked them if they wanted a ride… which in retrospect was hilarious. Seriously, a ride where?  We were going in circles.Turns out, that was the best decision we made that day.These two were locals, and one of the guys knew the area like the back of his hand.  His car wasn’t capable of getting anywhere, but he told us with the Jeep (and his instructions) he’d get us to his place and then to ours.After some tricky navigation, we dropped him off… and then the real fun began.  By this point, it was dark.  And getting pretty chilly.He told us the exact path to go, told us to look for a large puddle between two trees (sounded super vague to me at the time)… which we found exactly where he said it’d be. He told us to go around it, which was wise… apparently that puddle, which I would have tried to drive through, is a hole that goes almost 5 feet deep. Thanks to this guys unlikely help, we ended up getting home safely without doing any damage to the jeep.And it really did inspire me.  You see, we’ve spent quite a lot of time on this property.  I felt like I knew it pretty well.  Howevever…. when the unexpected happened, I quickly realized we didn’t know it nearly as well as we thought.We would have to have been there for years to know all the short cuts, alternative routes and areas to avoid.  And this guy taught that to us in literal minutes.And that is the power of having a guide.  Having someone to support and show you the way.And so when I saw this video Wilson made, it got me really excited.  Because the reality it, nobody is worried about “Rain Rivers” when they think they’re in the desert and they’ve never seen them.Most new business owners don’t know what they should be concerned about, because they haven’t seen it yet.Even experienced business owners can run into this.Which is why I thought this clip was so cool.  On last weeks training call, we were able to save a student thousands of dollars….He ran into something he’d never seen before so we coached him through it in real time.THIS is exactly why Cabinet Startup has created so many 6 and 7 figure businesses.Check this out.  It’s pretty cool. 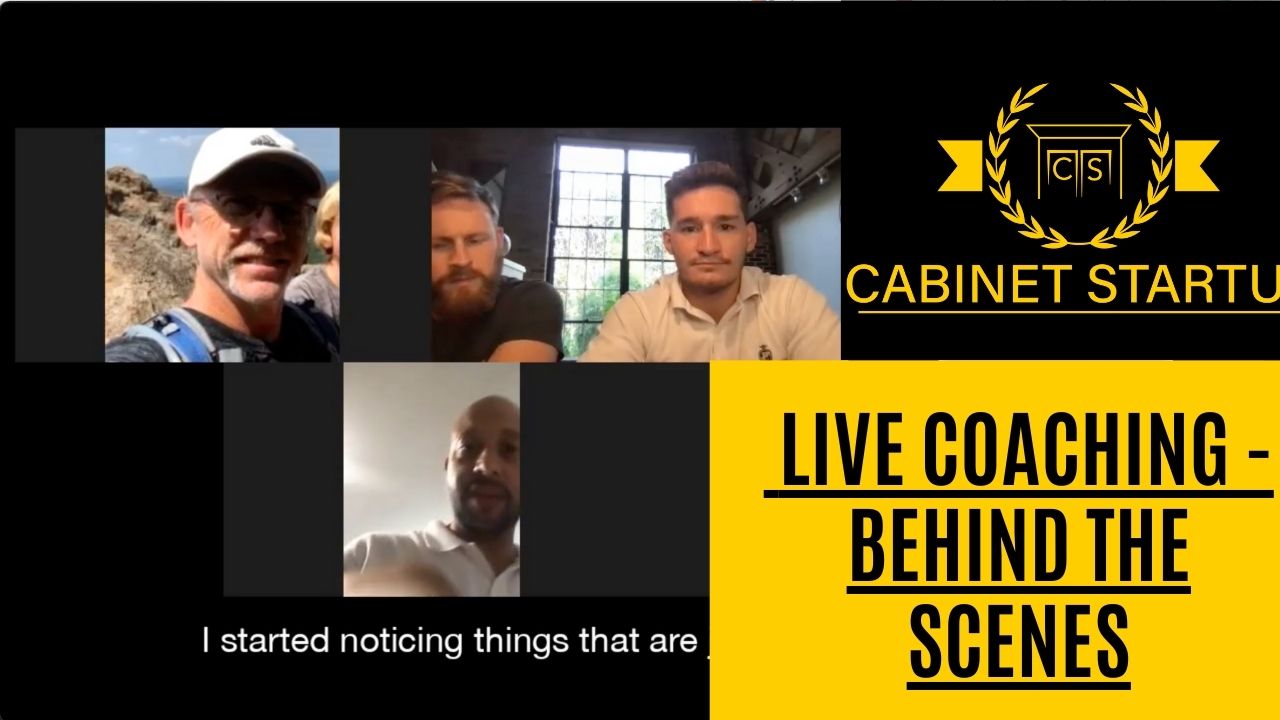 We’re committed to adding as much value to you there (and here) a possible.

Have a an amazing Thursday,

P.S.
Seriously, the desert is no joke.  This is a cool story to reflect back on but at the time… when it was cold and we were trapped, it didn’t feel great.  If you’re stuck in your business or career, send me an email – support@cabinetstartup.com

4. Want to Learn a Specific Skill?  Check out our courses